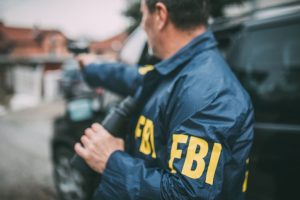 As probably the single most effective and all-knowing domestic and international intelligence and counterterrorism apparatus in the world, the Federal Bureau of Investigation is counted among the most powerful and capable law enforcement organizations that has ever existed. The prestige that accompanies a position in this hallowed institution is complemented by lucrative salaries that exceed what you would find in virtually any other law enforcement or intelligence agency anywhere in the world.

Special agents with the FBI hold one of the most esteemed and best-recognized jobs in the largely clandestine agency; so much so they’re often referred to as the “face of America.” Working in both covert and overt capacities, they enforce federal statutes and conduct criminal and national security investigations with a singular goal in mind: to protect the American people and uphold the U.S. Constitution, which they’ve sworn an oath to protect. Only people able to distinguish themselves as being among the best of the best get to serve as special agents, but for those who land this coveted position, the rewards are pretty impressive – both professionally and financially.

Keep reading to learn more about becoming a Special Agent with the FBI and the exceptional earning potential that accompanies this career:

Other Opportunities in the FBI 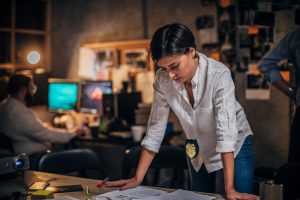 Trainee Pay and Starting Base Salary

New FBI special agents begin their careers at the GL-10 pay grade, with the ten-steps within this pay grade landing at regular intervals within the range of $51,921 – $66,996 as of 2020. Where you start within that range has everything to do with your background in law enforcement and investigations, and to some extent even your work history with the federal government in unrelated roles.

The total compensation package that special agents with the FBI are entitled to goes well beyond just that base salary though.

Locality Pay Applies Even During Field Training in Quantico

And during the Basic Field Training Course in Quantico, Virginia that all new special agents attend, new agent trainees earn a salary at the GL-10 level, along with locality pay for the Washington D.C. area.

Availability Pay Adds Another 25% to Base Salaries

As a job that involves a lot of long days and nights with irregular and unpredictable hours, all full-time special agents, including new agent trainees, receive availability pay that adds 25 percent to their base salary. It’s a premium reserved only for criminal investigators and a few other roles in law enforcement that involve a substantial amount of unscheduled duty. Most agents laugh at the notion of scheduled vs unscheduled duty, since the critical moments of lengthy criminal and counterterrorism investigations probably won’t ever land somewhere between the hours of 9 and 5. The reality of a completely unpredictable work schedule isn’t just part of the deal when you’re an FBI agent, it’s part of the appeal.

At the GL-10 pay grade, availability pay will bump a special agent’s annual salary to $64,901 – $83,745. Adding 25 percent for availability draws a clean line between pay rates for federal law enforcement officers and the premium that investigators within those same agencies command.

Another reason that extra 25 percent is listed as a separate line item instead of just being factored right into the base salary figure is something of a political one. It’s considered an entitlement that all federal law enforcement agencies are required to shell out for positions that meet the qualifications, but as an add-on it’s still potentially subject to budgetary wrangling if anybody in congress actually wanted to pick that fight, though that’s very unlikely.

Once availability and Washington D.C. locality pay are considered, the annual salary of all new agent trainees is between $84,683 and $109,270, depending on previous law enforcement experience and federal job history.

From There, Salaries Just Keep Going Up

Beyond the GL-10 grade level, special agents advance to the General Schedule pay table at the GS-13 grade level in a non-supervisory field position:

From there, special agents can qualify for promotions to supervisory, management, and executive positions at the GS-14/15 levels and to the FBI Senor Executive Service level: 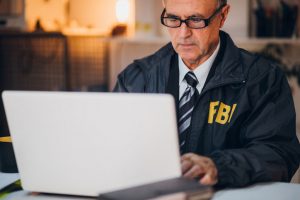 To qualify for a job with the FBI, you’ll need to be U.S citizen who is able to obtain a Top Secret SCI (sensitive compartmented information) clearance and be in compliance with the FBI’s drug policy. Learn more about qualifying here.

To qualify for a special agent position, you must also:

All new agent trainees must complete 20 weeks of training at the FBI Academy in the Basic Field Training Course (BFTC). 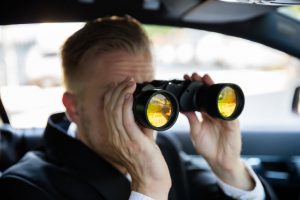 A job as an FBI special agent comes with outstanding federal benefits, as well as FBI- and special agent-specific benefits, which significantly increases their total annual compensation.

As federal employees, special agents are eligible for:

They are also eligible for special agent-specific benefits programs:

Other Opportunities in the FBI

The FBI operates a number of elite units that select only the most qualified from the ranks of FBI personnel, military special forces and law enforcement tactical units. By transitioning into one of the FBI’s elite tactical units aimed at investigations and other operations related to counterterrorism, public corruption, counterintelligence, civil rights abuses, organized crime, crimes against children, and more, you can definitely level-up your earning potential.

After two years of investigative experience as an FBI special agent, you’ll be eligible to compete for the following jobs:

With demonstrated mastery of tactical competencies or other specialized skills these units require, many of these elite members are awarded supervisor status that puts them squarely in the GS-14 or GS-15 pay grade.

Analysists and Other Critical Support Staff

Although not quite as prestigious or potentially dangerous as the Special Agent position, many professionals are employed in a variety of roles that support critical FBI operations. Working as intelligence analysts, linguists, surveillance specialists, forensic scientists, and administrators, these jobs come with steep professional and academic requirements, but are generally lighter on the experience requirements, physical standards, and age restrictions special agents are held to, though those things are still highly valued. In fact, the starting pay grade for these jobs are most often determined by the degrees they hold, as well as previous military and law enforcement experience or professional achievement in the civilian world.

In general, these jobs allow entry at the GS-7 level or higher, with a promotion potential to GS-14 over the course of a career. Some of these jobs can merit an Administratively Uncontrollable Overtime (AUO) bonus of between 10 and 25 percent of salary to account for long and irregular hours, similar to the availability pay special agents are entitled to.

Special Agents and professional staff who obtain a supervisory or management position may elevate their promotion potential to GS-14 or GS-15.  These positions require extensive time served as a Bureau employee and demonstrated excellence in an area of specialization. While some of these supervisors may serve in the field alongside agents, others function as instructors or Agents-in-Charge and primarily supervise and manage operations from field offices and command centers.

At the highest levels of the FBI are the executive positions involved in managing entire divisions.  Reaching the echelon of executive ranks in the FBI earns you a spot on the Senior Executive Service pay scale.  Unlike the GS system, the SES does not have a detailed salary structure, but allows the FBI the freedom to subjectively determine salaries for leadership within certain parameters.