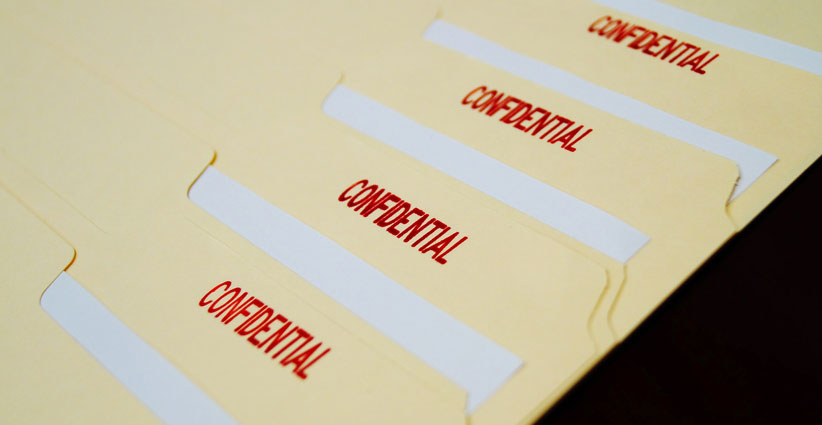 Unlike many jobs in law enforcement that tend to be over-dramatized in the movies, FBI agents really do go undercover and infiltrate the bad guys. Naturally Hollywood isn’t going to show the hundreds of hours that go into preparing for an undercover assignment – reading through reports, conducting surveillance, filling out paperwork, et cetera – but the stuff you see in movies really can be all in a day’s work as an FBI agent.

We’ve compiled a list of some of the most high-profile publicly-revealed FBI infiltrations by agents and informants.

No doubt today there are FBI agents under deep cover as terrorists, drug dealers, and arms suppliers, but we’re not going to hear about these cases until they can be revealed without compromising ongoing investigations. However by considering the past we can also look into the future for a glimpse of what is likely happening today.

The white supremacist group The Order – which took its name from the same book that inspired Timothy McVeigh to blow up the Alfred P. Murrah Federal Building in his 1995 Oklahoma City Terrorist attack – first blipped onto the FBI’s radar in the early 1980s.

Founded in the Pacific Northwest a few years prior, it had already established itself as a white supremacist group intent on overthrowing the government, which it believed was controlled by Zionists. It needed money to carry out its objectives, and by 1984 had robbed several banks and armored cars to amass a fortune of several million dollars. That year it also assassinated Jewish radio talkshow host Alan Berg.

Enter FBI Special Agent Wayne Manis. The Bureau knew something was going on because of a string of similar unsolved robberies, and was able to secure backing for a large-scale federal investigation upon Berg’s assassination. They dispatched Manis and a team to Northern Idaho to get to the bottom of things.

Over several months of investigation Manis and his team were able to link half-a-dozen crimes and identify a network of about 35 people initially who were connected to what they would eventually learn was known as The Order. At this point they were able to successfully infiltrate the group which led them to discover The Order’s leader.

This broke the case wide open, and eventually led to a shootout with the leader on an island in western Washington state. He was killed and more than 75 other members of the group were convicted on charges ranging from sedition and racketeering to civil rights violations.

The internet has revolutionized daily life. But with its advances have also come perils. The dark web is a place where users anonymize themselves and are able to exchange everything from illegal narcotics to child pornography.

“Playpen” was the name of the dark web’s most notorious pedophile site, counting 215,000 member users and hosting 23,000 pornographic videos and photos of children. Because of how it was anonymized on the dark web, FBI agents were prevented from shutting it down because they could not establish that its servers or administrators were based in the United States.

That is, until one day when an administrator accidentally revealed the site’s IP address. The FBI quickly moved in, but interestingly, instead of immediately shutting the site down, the FBI decided to take over as administrator.

For nearly two weeks FBI agents found themselves in the strange position of running one of the world’s largest child pornography websites, pretending to be the administrators they had arrested. This was necessary because it was the only possible way to identify other members of the website by tricking them into downloading malware which would reveal their identities.

Agents were able to pass themselves off as administrators long enough to discover the identities of 1,500 suspected pedophiles worldwide, and secure charges against 137 of those in the US.

FBI Special Agent Joe Pistone is a legend in the FBI. He single-handedly played an instrumental role in shaping the FBI’s policy about allowing deep cover agents, a policy that in his time was opposed by many from the top down starting with Hoover. Posing as a jewel thief and relying on his Italian heritage, in the 1970s he infiltrated two of America’s five mafia crime families, most notably the Bonannos, and rose to such prominence that he was nearly adopted as a full member.

Spending six years in deep cover, he gathered enough information to land life convictions against 120 mob members by the time he was pulled out, also securing over 200 indictments. His assignment was to identify the members of the Bonanno hierarchy, and while he never rose up in the criminal world beyond being a mere stolen jewelry dealer, he enjoyed extraordinary success with his real mission.

His fame was further cemented in the general American public with the 1997 film Donnie Brasco, the title derived from the undercover name he used to infiltrate the mafia. Despite his fame, or perhaps because of it, to this day he still lives under an assumed identity and has changed his appearance to avoid retaliation.

4 – Radical Leftists Bomb the US Capitol Building, The Pentagon, and the US State Department

The period between 1971 and 1975 found the nation in the midst of widespread social unrest stemming from the Civil Rights Movement and the Vietnam War. This was also the period when the US Capitol, Pentagon, and State Department were bombed.

The radical leftist group known as the Weather Underground claimed responsibility for these attacks – perhaps their worst – as well as numerous other incidents ranging from the firebombing of a New York Supreme Court Justice’s home to the dynamiting of the New York City Police Headquarters building.

Just one of those activities alone would have placed the Weather Underground in the FBI’s orbit, however like any good domestic terrorism organization, they were organized into hard-to-infiltrate cells.

Through his undercover work for the FBI, Grathwohl was able to report information about the organizational structure, targets, and ideology of the Weather Underground that would prove to be invaluable to the Bureau, including how they planned to kill 25 million American capitalists once they overthrew the government.

It was a pleasant June day in 2010 when an undercover FBI agent met an attractive young woman named Anna Chapman in a New York City coffee shop. He pretended to be a Russian agent and gave Chapman a decoy mission.

Agents would later learn that this meeting spooked “Chapman,” a deep-cover Russian agent, into making plans to abandon her post and leave the United States.

That knowledge gained from an intercept of her phone prompted FBI agents to move their larger operation forward, culminating in the arrest of 10 accused Russian spies, most of whom were living as outgoing married couples and passing themselves off as American socialites. Some of their cover was so deep that their American-born children didn’t know their parents’ true identities, or that they had been spying for Russia since at least 2004.

Through wiretaps, surveillance, and undercover work the FBI was able to discover spycraft involving everything from dead drops to coded messages and train station bag swaps. They were able to discern the sleeper cells’ objectives: to get close to influential American policy makers and anyone else who might have access to select sensitive information.

Even though the FBI secured volumes of evidence against the accused, they were never charged. Instead they were promptly swapped for several jailed spies in Russia who had been convicted of working for the US and Britain.